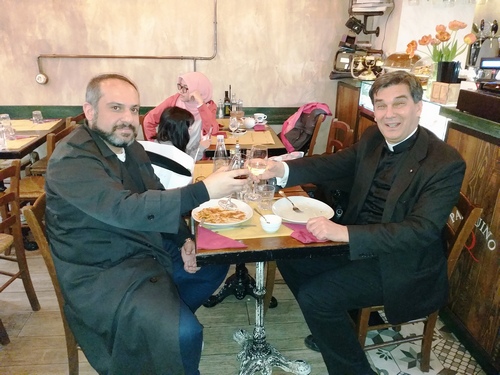 In a nice Roman afternoon, a meeting was held between Msgr. Jean-Marie Gervais and Mr. Ehsan Mansouri from Iran as an introductory session to discuss future cooperation between two parties.

Mr. Ehsan Mansouri comes from Tehran, Iran. He has worked with the United Nations High Commissioner for Refugees since 2012 to serve refugees and asylum seekers. Iran is host to nearly three million people in displacement; affected by a protracted crisis, Iran has been home to them for four decades.  According to the last official government estimates relating to the Amayesh IX in 2014, 951,142 Afghan refugees and 28,268 Iraqi refugees reside in Iran. A large number of refugees in Iran are second or third generations living in the country. Approximately 97% of the refugees live in urban and semi-urban areas, while the remaining 3% reside in 20 refugee settlements which are managed by UNHCR’s main government counterpart, the Bureau for Aliens and Foreign Immigrants’ Affairs (BAFIA) of the Ministry of Interior. According to the UNHCR Iran, The legal status of refugees is defined by two international instruments: the 1951 Convention relating to the Status of Refugees and its 1967 Protocol. The Islamic Republic of Iran acceded to the 1951 Convention and its 1967 Protocol on 28 July 1976, with reservations to Article 17 (wage-earning employment), Article 23 (public relief), Article 24 (labor legislation and social security) and Article 26 (freedom of movement).

In recent years, however, the Government of Iran has gradually been introducing policies conducive to solutions for refugees and the attainment of rights for the Afghan and Iraqi population living in Iran, enhancing access to education, health, and livelihoods services to refugees with minimal financial aid from the international community.

It was the first visit of Ehsan to Italy as he was eager to visit Rome and Vatican with rich spiritual moments in the holy city while enjoying highly special hospitality of Italian and Roman people with stunning historical sightseeing and amazing meals.

He is also very keen on Art, Philosophy, Religions and anthropology. They discussed regarding the chaotic situation of refugees all around the world and also need for more tolerance between different nations and cultures. They believe that introduction of Eastern and Western cultures with each other will establish a bridge for more peace, integrity and happiness in our world.

In conclusion, It was decided that Mr. Ehsan Mansouri acts as a delegate of the Association Tota Pulchra to connect Persian and Middle Eastern culture with the Rome and Vatican. He will try his best efforts to connect these two worlds. 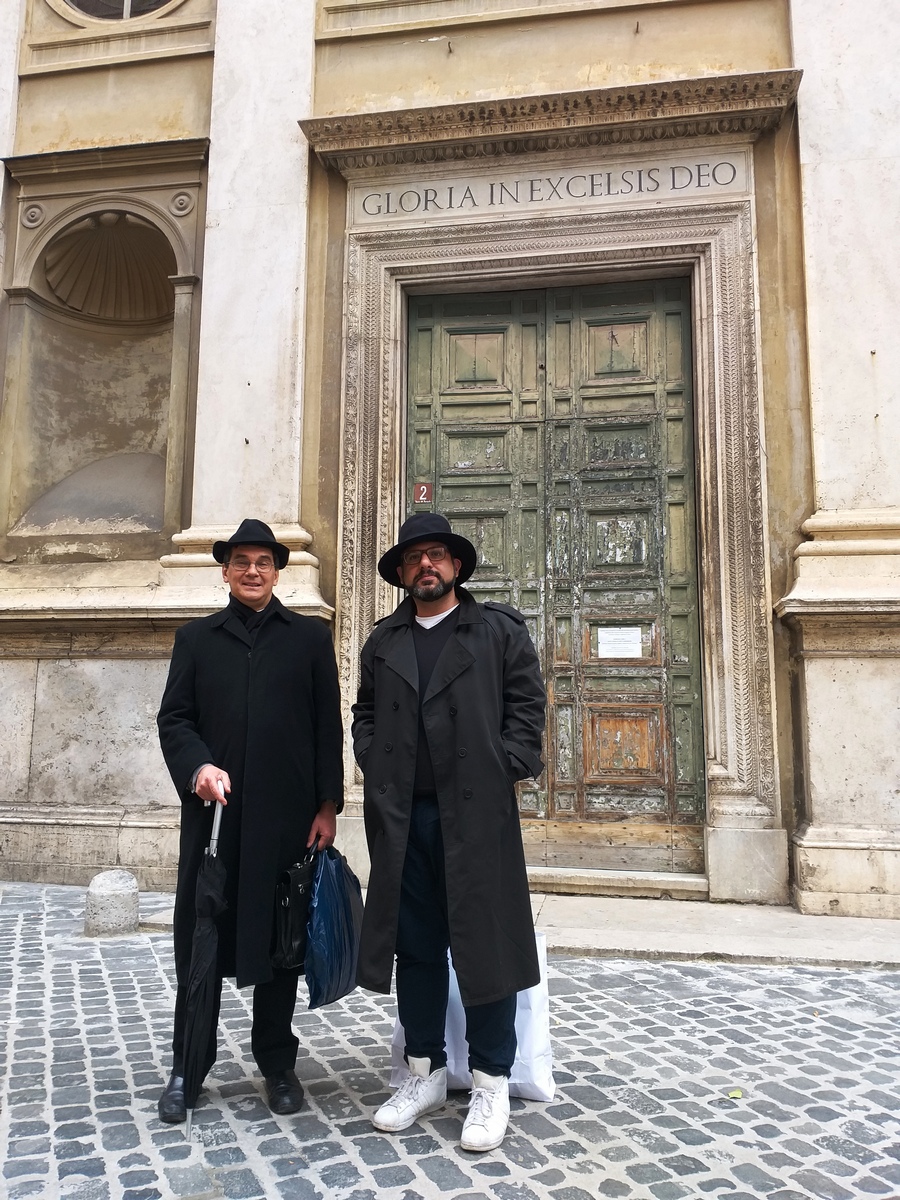