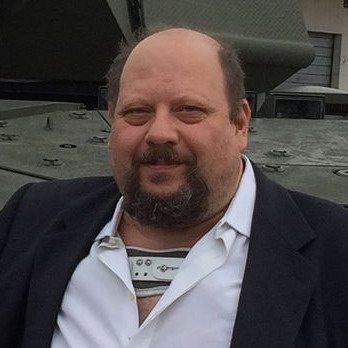 Franco Silvestri has debuted in the role of Uberto, La Serva Padrona, in Pordenone and after his debut he perfomed immediately at Teatro La Fenice di Venezia in Turandot under maestro Pesko regie Ponelle and in the IX Beethoven Symphony conducted by maestro Thielemann.

He has been winner of the competition Mattia Battistini where he has been chosen to sing in Rigoletto, Madama Butterfly and Macbeth.

With great relevancy his participation at the World International Meeting of Sacred Music in the church of Santa Maria Maggiore and San Pietro in Roma.

After this carreer as opera singer he started in 1994 to be agent discovering most of the actual operatic star of the 40’s generation and becoming one of the most appreciate professionist in this job.

He has been artistic consultant for several world great production: in 1998 and 1999 he has cooperated with the Egyptian government organizing the last great editions of Aida at the Pyramids of Giza, in 2001 for the celebration of Giuseppe Verdi again Aida has been performed in Geneve and Barcelona and in 2004 he has been appointed as artistic consultant for the production of Turandot in Paris at the St. Deny Stadium, in Gelsenkirchen and in Munich with the set and regie of the oscar prize Zhan Zhimou who stage a 1:1 front of the Forbidden City in Beijing with original Chinese costumes.

He is accompaining his carreer of singer and artistic manager with the begininning as conductor having conducted at the National Opera of Tirana the first Albanian representation of Aida, symphony concert in Verona at Teatro Ristori, Aida again in Bulgaria and Romania.

Franco Silvestri has also a wide experience in marketing and speaks fluently English and German and a bit of Spanish and is now on the way on graduating in theology.